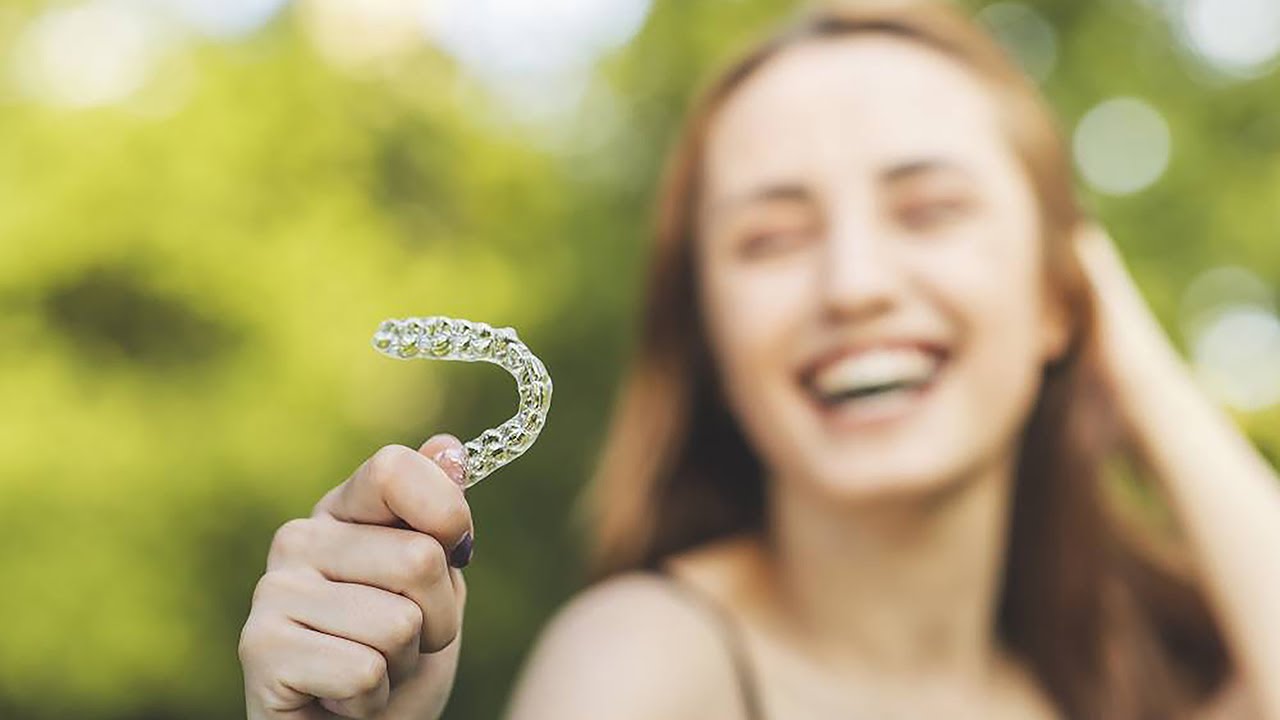 There are plenty of reasons why Invisalign is a highly sought-after form of orthodontic treatment. Between being able to remove your trays for meals and the absence of visible orthodontic appliances, the Invisalign Clear Aligner System solves many of the issues patients have with traditional braces. That being said, you’ll still need to take certain steps to get to the end of treatment in time with the best smile possible. Here are some of the most important Invisalign mistakes to avoid making.

1. Eating Food with Your Trays In

Most people aren’t used to having to take something out of their mouths before they dig into a tasty meal or sip on a refreshing beverage. But when you have Invisalign, you’ll need to make it a habit to remove your aligners any time you sip anything other than cold water. Even hot tea can be problematic for your clear plastic aligners since heat can warp them.

The removable design offers the benefit of not having to deal with food restrictions, but if you forget to remove your trays, it will ultimately defeat this purpose.

2. Not Brushing After Every Meal

Before you put your aligners back in, be sure to head to the bathroom to brush your teeth and give your trays a rinse using lukewarm water. While you won’t have the same problem that occurs after meals with braces, where food gets stuck in hard-to-reach spots, having clear aligners that fit over your teeth can create another potential problem.

Normally, saliva helps rinse off your teeth and remineralize them. However, when you have plastic trays over your teeth, bacteria can get trapped. By always brushing after every meal, you can prevent this issue.

3. Leaving Your Aligners on a Napkin

We all love eating at a restaurant sometimes instead of cooking at home. Just be sure your next meal out doesn’t involve losing your Invisalign trays. One problem some Invisalign patients have encountered is having their aligners accidentally thrown out by a well-meaning server. If you place them on a napkin in a restaurant, they could be picked up and tossed before you have time to say something. Patients have been known to accidentally throw out their aligners themselves too.

To avoid this, always leave your trays in their case when they are out.

4. Not Wearing Them Long Enough

In order for your teeth to move enough for you to complete treatment in time, you’ll need to wear your Invisalign aligners for 22 hours per day or more. While this may seem like a tall order, the key is to only have them out when necessary and to put them back in as soon as you’re done eating or brushing. Similarly, you should also put them back on as soon as you complete sporting competitions if you have removed them. Be sure to store them in your case somewhere safe and away from heat to avoid losing or damaging them.

In addition to wearing your aligners enough hours each day, it’s also important to wear each set the length of time your orthodontist tells you to. Moving to the next set of aligners too soon won’t make your treatment go faster, it will have the opposite effect.

Thankfully, these mistakes are avoidable, and as you progress in your treatment, you’ll get used to your new routine. Contact Milnor Orthodontics today to schedule your free consultation and learn more about Invisalign.